INFINITE SCALES are original musical illusions created to give the impression of an endlessly rising or falling momentum. As each note of the scale is played, a determination is made (by a chance process) as to whether or not the pitch should be displaced by an octave (raised when the scale is descending, lowered when ascending). The odds art highly unlikely at the start of the scale and almost certain by the end. 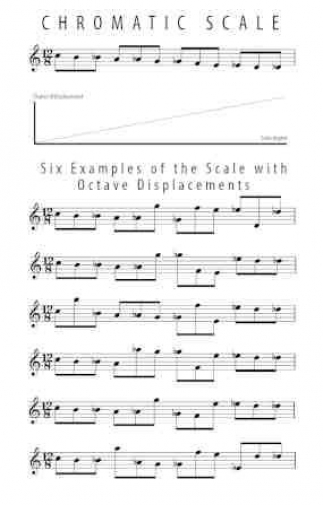 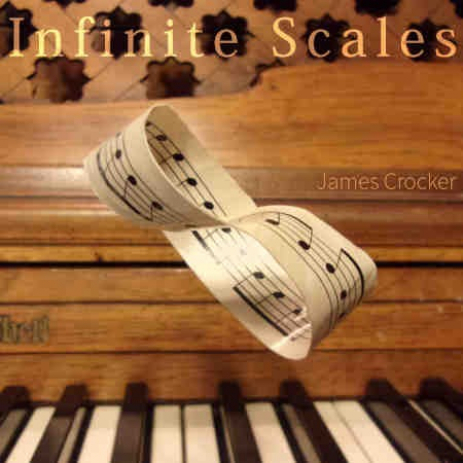 IN THESE two examples, some pitches have  been replaced by harmony notes.  The instruments play the scale together, though each has it's own randomly derived variations.

THE MöBIUS STRIP in the picture has on it an F Lydian scale and was made for my daughter, Lydia. I also made a similar Dorian scale loop for my son, Dorian, and one based on a Dominant-Tonic progression for their sister, Vivian ( "V I V I" in standard Roman numeral notation). The same symbols appear on both sides of the paper, though the pitch indicated depends on the orientation of the score, i.e. low f inverts to high e, g to d, etc.